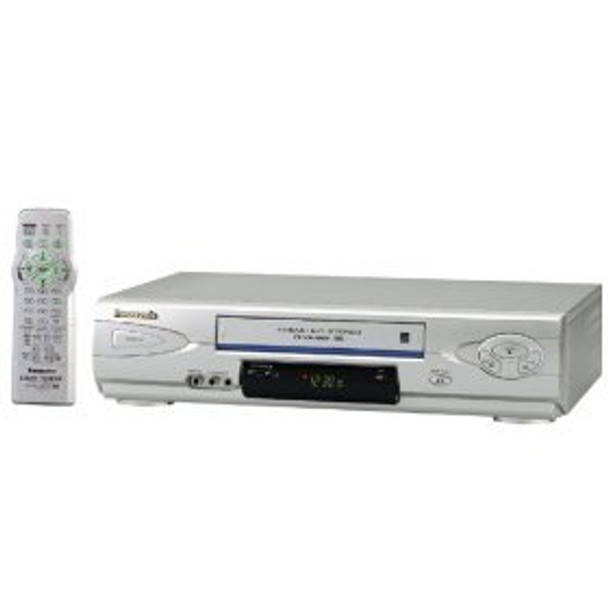 SKU:
G100225
MPN:
PV-V4624S
Condition:
Refurbished
Availability:
Currently In Stock! Due to the nature of our inventory this item will only be in stock for a short period of time. Quantity available for bulk purchases
Warranty Information
90 Day Exchange Warranty! Buy with confidence. We offer helpful customer service and support for all our products from sale to installation.
What's Included:
VCR and Remote
Minimum Purchase:
1 unit

Panasonic PV-V4624S 4-Head Hi-Fi VCR - Item IN STOCK and in good condition. All items have been previously used, but have been fully tested, cleaned, serviced and include a 90 day exchange warranty. Items ship with remote. Manual can be downloaded below.

The Index Search feature places a signal on the videotape control track at the beginning of each program you record, allowing you to quickly access different programs on the same tape by entering the corresponding one through nine keys on your remote. During playback, you can also skip unwanted scenes or commercials by simply pressing a single button on the remote control. The tape is advances in one-, two-, or three-minute increments.

Other features include auto clock set with 24-hour backup and trilingual onscreen display for onscreen programming instructions in English, Spanish or French.

MSRP:
Now: $149.99
Was: $189.99
VCR Player/Recorder (Various Models) - Closeout Deal on Low Usage, Refurbished VCR Players.  All items have been previously used, but have been fully tested by a qualified...